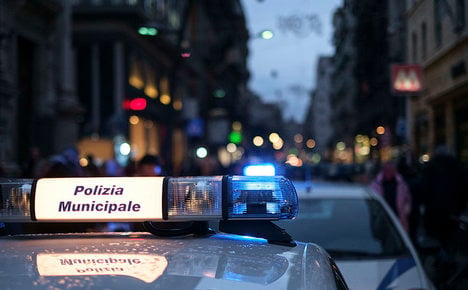 A second Afghan has been arrested for alleged people trafficking while warrants have been issued for three other people, two Afghans and a Pakistani man, police said.

The men allegedly belonged to a five-strong terror cell with links to Al Qaeda and Isis.

The investigation began in December after four Afghans were spotted taking videos inside a shopping centre in Bari in southern Italy, and a police search of their phones uncovered other images of the city's airport and port, as well as sites in Rome, Paris and London.

“It was clear these were not tourist images. They appear to have been scouting sensitive sites,” prosecutor Roberto Rossi said at a press conference in Bari.

The men arrested, aged 23 and 29, allegedly helped to establish the terror cell, which was providing logistical support to Isis.

The phones also contained images of Italian and Afghan military vehicles and weapons, as well as Taliban propaganda videos and “a series of chants traditionally sung in preparation for martyrdom”, he said.

One of the defendants was also seen in a photograph posing with an MS16 semi automatic rifle, which Rossi said was “not an easy weapon to find on the market”.

He also had links on his smartphone to websites “only accessible to those with connections to the international jihadist network”.

The suspects had been taking expensive trips around Europe, which they had paid for in cash, Rossi said.

Investigators also uncovered details of trafficking prices and routes of migrants into Italy, but also through Hungary or Calais.

But they were unable to pull information from one of the phones recovered: a locked iPhone.

The two men arrested had each been awarded a humanitarian residence permit in Italy – one in 2011 and one last week – and the latter was still living at a reception centre for asylum seekers when he was detained.

One even had a picture taken with Bari's mayor, Antonio Decaro, during a march in solidarity with refugees last September.

Interior Minister Angelino Alfano hailed the “success of a high-level inquiry” and said the case showed no country was “zero risk”.

Police said the investigation would continue, with Rossi suggesting it was “likely” the wanted men had returned to Afghanistan and Pakistan, but could also be in other European countries.

On Sunday, a 26-year-old Slovenian man was also arrested – accused of recruiting and radicalizing potential terrorists.

In 2015, 259 people were arrested on terrorism charges across the country, 67 of which were expelled.