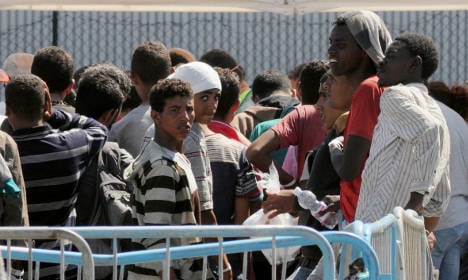 File photo of migrants waiting in Catania harbour, where the network was based. Photo: Dario Azzaro/AFP

An eight-month investigation in Catania, in the island's south, uncovered a “criminal organization” which scanned reception centres for Somalis who had recently been picked up at sea while crossing from North Africa, police said on Wednesday in a statement.

The migrants, many of whom are likely to have faced similar extortion in crisis-torn Libya before attempting the perilous crossing, were held in apartments until relatives or friends abroad paid for their liberation and the rest of their journey in Italy or across Europe.

Police intervened several times during the probe to free those being held in Catania or the surrounding area, including minors.

According to the UN's refugee agency Somalis account for nine percent of the 31,000 migrants who have landed in Italy so far this year. Like Eritrean and Sudanese migrants, they rarely file for asylum in Italy and the majority hope to reach northern Europe.