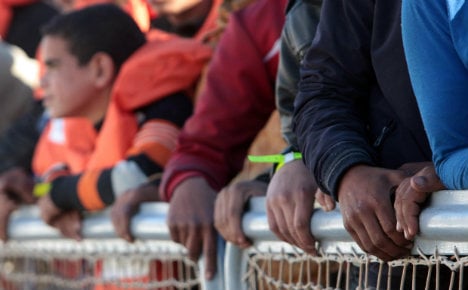 The agency reported on Friday that 8370 migrants had landed in the central Mediterranean in April, compared to just 2,700 for Greece – figures which mark a stark change in refugee migration patterns.

According to Frontex director, Fabrice Leggeri, Italy's eclipsing of Greece was not down to an increase in arrivals but was instead down to a “drastic reduction” in the number of refugees arriving on the Greek islands.

“The total for all of April is well below the number of people we often saw reaching just the island of Lesbos on a daily basis during last year’s peak months,” Leggeri said.

Increased controls at the Greek – Macedonia border as well as recent pact between Greece and Turkey signed in late March that will see Turkey take thousands of asylum seekers from Greece, were both cited as key factors in the stark drop in arrivals.

Frontex emphasized that arrivals to central Europe were actually down 15 percent compared to March and were 50 percent lower than in April 2015.

The news comes as 1,000 refugees came ashore in Italy on Friday, having been picked up in the Mediterranean by four separate rescue vessels over the past 48 hours.

The Sicilian port of Augusta is expecting to see some 342 disembark while 250 are scheduled to come ashore in Catania and 173 at the islands capital, Palermo.

A further 233 were set to come ashore in Crotone, Calabria.