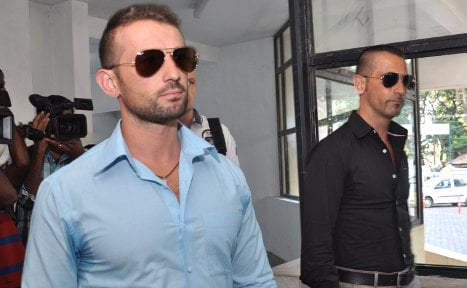 The Hague-based Permanent Court of Arbitration said last month that Girone, who has been living in the Italian embassy in Delhi for over four years, should be allowed to return to Italy while his case is subject to an international arbitration procedure.

India’s Supreme Court is scheduled to hear the case on May 26th, the Italian Foreign Ministry said in a statement on Monday.

Girone and fellow marine Massimiliano Latorre are accused of shooting the fishermen while protecting an Italian oil tanker as part of an anti-piracy mission off India’s southern Kerala coast in 2012.

Latorre was allowed to return home in 2014 for medical treatment after having a stroke. India’s Supreme Court last month extended his home leave by five months.

On April 29th, the UN tribunal called on both countries to agree on the procedure for the Girone’s return.

The detention of the marines, the murder charges and the long wait for the case to be resolved are sore subjects in Italy.