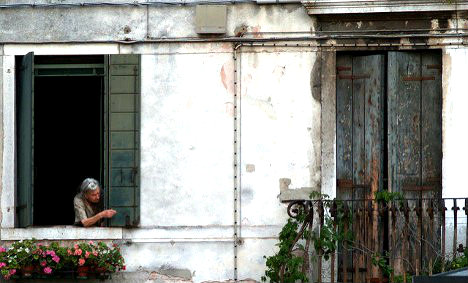 This Italian town is a 'must see' this year. Photo: Gatnau/Flickr

The famous canal city, which attracts 20 million visitors a year, has such an enduring appeal, amid all the chaos, that keeps people coming back.

So much so, Lonely Planet named it the third place in Europe “you need to see” in 2016.

The popular travel guide delved into the city’s deep history to explain its choice.

“Venice’s 124 islands splinter off Italy’s northeastern coast like shards of glass,” it said.

“From this vantage, early Venetians looked out at the world and built a seafaring empire to rival that of Rome. But at heart they remained land lovers, building one of the world’s most beautiful cities out of pearly white marble.” With its labyrinth of canals, narrow streets, Gothic palaces and vibrant art scene, not to mention its romantic gondolas, we already knew Venice was a special place.

But what makes it stand out this year?

Lonely Planet said that as the city commemorates the 500-year history of the Venetian ghetto, an island at the heart of the island city, now is a fantastic time to delve even deeper into Venice’s history. “Like Venice itself, the ghetto turned its physical constraints into a virtue; in its cramped quarters Jewish culture and ideas thrived. Celebrate its extraordinary contribution to history at the Ducal Palace, host to a major new exhibition; explore the newly restored synagogues and Jewish Museum; or catch a showing of Shakespeare’s Merchant of Venice staged for the first time in the ghetto.”

The Lonely Planet rankings were topped by the Greek Peloponnese peninsula, the southernmost region of mainland Greece.

Also in the Best of Europe list was Aarhus, the Danish city set to become European Capital of Culture, and France's Dordogne.

The city of Lviv in Ukraine, Warwickshire in the UK and Extremadura in Spain also made the top ten.