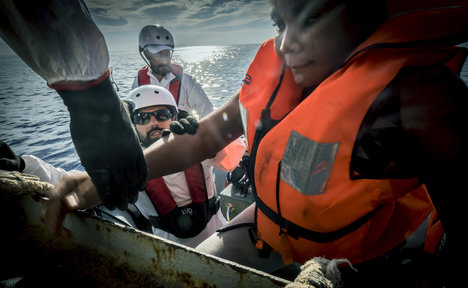 More than 2,000 people have been rescued in the Mediterranean. Photo: Ricardo Garcia Vilanova/AFP

An Irish navy boat rescued hundreds more as did a passing cargo ship, according to the coastguard.

They did not give the nationalities of those saved, but most of the migrants who undertake the perilous journey in overcrowded vessels come from sub-Saharan Africa.

So far this year more that 34,000 people have been brought to the Italian coast after being rescued off Libya, according to the UN refugee agency.

With the return of the good weather the rescue operations are expected to increase.

For the time being the numbers arriving are similar to those seen last year and in 2014.