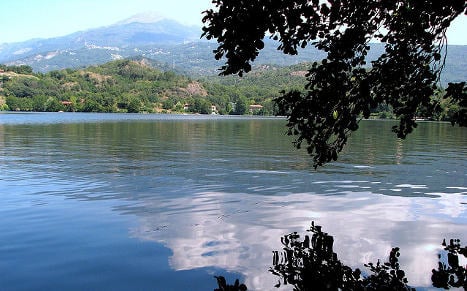 The migrant died after diving into Lake Sirio in Piedmont. Photo: Ilaria Coradazzi

Lesine Sanune was living at a hotel-turned-migrant-centre near Turin after making it alive to Italy despite the rickety vessel he was on overturning during the crossing to Europe.

According to witnesses, he dived into the cold waters of the Lake Sirio in Chaiverano for a swim immediately after eating and never returned to the surface, La Stampa daily said.

His body was recovered over two hours later by divers with the fire service.

“It's absurd. He escaped the sea and died in this way. I'm lost for words,” said Silvana Perrone, head of the Isola di Ariel association which runs the migrant centre.