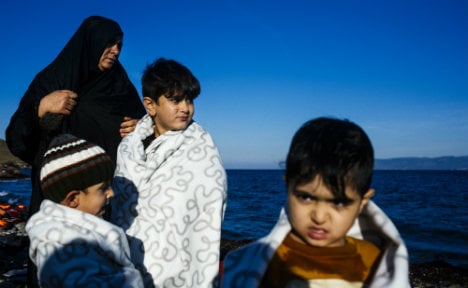 The pair had just dropped 16 migrants at a beach in Calabria. Photo: Dimitar Dilkoff/AFP

The Ukrainians, who were not identified, were intercepted aboard the 10-metre (33-foot) yacht in the early hours of Thursday, the national financial police said in a statement.

The vessel had just dropped off 16 Syrians on the coast near the town of Isola Capo Rizzuto, in the southern region of Calabria, they said.

Local police had raised the alarm after the eight men, six women and two children were spotted walking on a beach with wet clothes.

“In the last eight months we have registered about 20 cases of refugees arriving by yacht from Turkey or Greece,” said Colonel Antonello Maggiore, adding that the traffickers were seldom arrested.

Migrant testimonies suggest the crews are often Ukrainian or Russian.

Around 50,000 migrants and asylum-seekers have arrived in Italy since the start of 2016, the vast majority rescued at sea after having set off from Libya on rubber dinghies or converted fishing boats.

Those arriving this year have, to date, been overwhelmingly from sub-Saharan Africa, despite predictions the numbers of Syrians would surge as a result of the Greek islands route to Europe having been closed.