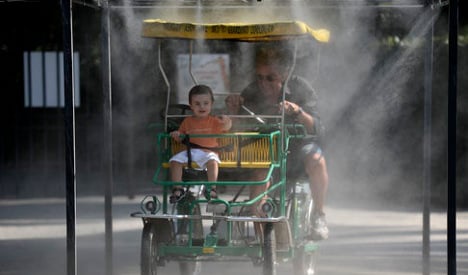 But not before a few stormy days in the centre-north…

Then from Wednesday, temperatures in the centre-south will start to creep up, reaching up to 34 degrees Celsius in some places and as high as 42 in parts of Sicily. The north will not be spared the effects of the so-called Scipio, an anticyclone that will travel up from Africa over the coming days, either, with temperatures in the north-west regions reaching highs of 27 degrees Celsius from Thursday.

All of this comes ahead of the official start of summer, which this years begins on June 20th.