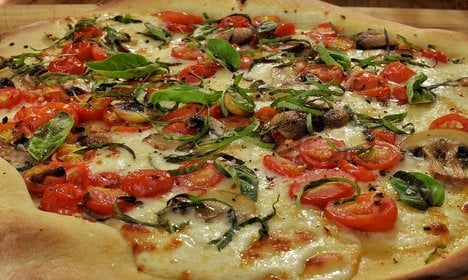 If successful, the bill will establish a nationally regulated pizza-making qualification, which will be recognized in all European countries.

Those who pass will then need to complete 18 months work experience in front of the pizza oven before they can finally join the register.

Although courses to learn the pizza-making trade already exist, experts say they are not regulated or standardized, meaning many unskilled and inexpert hands end up working in pizzerias.

“The lack of current regulation has created many problems which stem from the fact that chefs are unprepared,” Enzo Prete, head of the association of pizza chefs, Amar, told The Local. “

“We're delighted lawmakers are trying to create the register and think it will protect our trade.”

According to the Forza Italia senator who presented the bill, Bartolomeo Amidei, the registry will protect the country's culinary traditions and stop consumers from being sold substandard pizza.

“As Italians we have a responsibility to defend our culinary traditions,” the senator told La Repubblica. “Pizza makes up 50 percent of all restaurant takings in Italy, yet more and more people are being served 'fraudulent' pizza that doesn't conform to traditions.

“In some cases food is even being prepared with out-of-date ingredients.”

On average, four million pizzas are eaten across Italy each day and there are an estimated 100,000 people working as pizza makers in the country's 48,000 pizzerias.

The proposed qualifications would also offer the title of 'master pizza maker' to chefs who have more than ten years of experience and manage teams of at least four people.

The bill was enthusiastically received in its first hearing, but Italy's lengthy legislative process will see it subject to 20 more sessions in the Italian senate before it is finally passed.

Senator Paola Pelino told La Repubblica she was optimistic the plans would become law within a year. “

“If Italians are famous worldwide, one of the reasons is pizza,” she said. “We need to finally recognize our pizza makers, who are not just figures of folklore.”