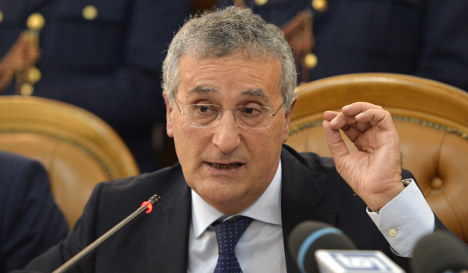 Franco Roberti, Italy's anti-mafia and anti-terror chief, will be at the press conference in Rome at midday. Photo: Andreas Solaro/AFP

Eleven tonnes of cocaine, worth €3 billion, were seized as part of the operation, called 'Due Mari', which was coordinated between Italy's financial police, Calabria's anti-mafia squad (DDA), the Colombian National Police and America's Drug Enforcement Administration (DEA).