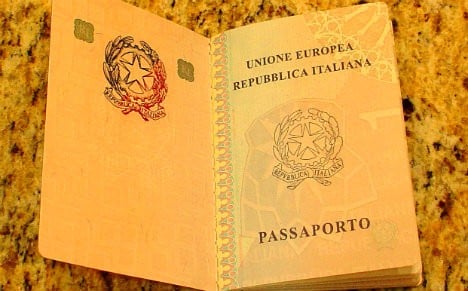 The Italian passports were sold on the black market. Photo: Wikicommons/Wikimedia

The passports, which were meant to be destroyed, were instead sold on the illegal market before being smuggled to Syria, Iraq and Afghanistan, police said in a statement.

The documents were stolen from warehouses belonging to the State Mint.

The three civil servants worked at the Ministry of Economy and the State Mint.

The gang was mostly made up of Algerians and Moroccans, with bases in Rome and Naples, police said. They have also been active in the French capital of Paris, Molenbeek, in Belgium, and Istanbul, in Turkey.