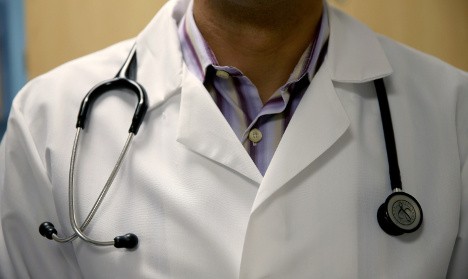 The one-year-old child weighed as much as a three-month-old should. Photo: Joe Radele/AFP/Getty Images

The boy was taken to Milan's Fatebenefratelli hospital by his grandparents on July 2nd, but doctors were shocked to discover the one-year-old weighed as much as an average three-month-old, Corriere reported.

Blood tests revealed the child was severely malnourished, having a level of calcium, which doctors described as “the minimum needed to survive”.

The malnourished child was also suffering from a heart condition which left him needing emergency surgery. While the condition was not caused by diet, the child's chronic lack of calcium is thought to have aggravated the problem as low calcium levels cause irregularities with the cardiac rhythm.

The child survived the surgery and is recovering well, but concerned medical staff reported the incident to social services after the parents allegedly refused to change the diet they were feeding their child.

A Milan court has ruled the child will remain in the custody of the Policlinico San Donato hospital, where he underwent the lifesaving surgery, pending further investigation.

“It's clear the child was being fed a strict vegan diet which was incompatible with his young age,” Judge Ciro Cascone told Corriere, adding that the child's parents had failed to provide him with any dietary supplements.

It is the fourth case of a vegan child being hospitalized within the last 18 months and follows a similar incident last month in Genoa, where a malnourished two-year-old spent several days in intensive care.

Veganism is on the rise in Italy, with 2.9 percent of the population now avoiding all animal products.

While a vegan diet can be extremely healthy, doctors have warned that parents need to fully inform themselves before raising their children as vegan.

“It's not a problem if parents want to raise their children using alternative or even unusual diets,” head pediatrician at Fatebenefratelli told the Corriere.

“But care needs to be taken to make up for any nutritional shortfalls using supplements. For example, the one-year-old child we are treating should have been taking iron and calcium supplements.”