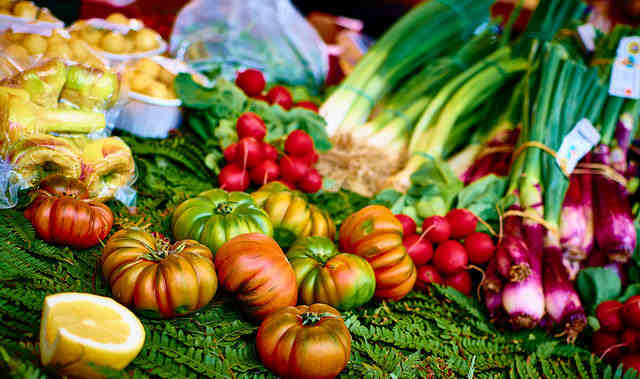 The spread of fast food is to blame for a decline in the intake of the Mediterranean diet. Photo: Moyan Brenn

Rich in vegetables, fruits, cereals and extra virgin olive oil, the Mediterranean diet is based on a moderate consumption of fish, dairy products, eggs, red wine, and a small amount of meat.

Found to varying degrees in all countries bordering the Mediterranean Sea, it was named in 2010 onto Unesco's Intangible Cultural Heritage of Humanity list for seven countries, from Croatia to Cyprus, Greece, Italy, Morocco, Spain and Portugal.

But the diet, which the United Nations also praises for promoting hospitality, neighbourliness, intercultural dialogue and creativity, is going rapidly out of fashion.

“In Greece, it has decreased by 70 percent over the last 30 years, in Spain 50 percent”, Lluis Serra-Majem, head of the International Foundation of Mediterranean Diet, told AFP at a recent conference in Milan.

The experts, from Israel to New Zealand to Sweden, explored ways to revive the diet, from making it appealing to teenagers, to persuading people to buy fresh and sometimes costlier food in a period of economic crisis.

In Spain, celebrities like actress Penelope Cruz may add some glamour with their love of Mediterranean cuisine, but ever fewer people are enticed.

Less than 15 percent of the Spanish population still eats a Mediterranean diet, while 50 to 60 percent do so sometimes. Between 20 to 30 percent have ditched it altogether, Serra-Majem said.

And it's the same in Greece, says Antonia Trichopoulou from the Hellenic Health Foundation. Unsurprisingly, over 65-year- olds are the best at eating traditional dishes, while the youngest generations have succumbed to the lure of fast food.

“The decline has various causes. We are witnessing a globalization of eating habits, with (the spread of) the 'Western diet'”, said Serra-Majem, pointing a finger of blame at the growth of the tourism sector in particular.

It has been more marked in coastal areas, particularly in Spain or on Italy's Adriatic coast.

“Uncontrolled tourism leads to high urbanization and… increased consumption of meat, refined flours and a reduction of the traditional diet, ” he said.

The change in eating habits is having a significant impact on public health with the rise of obesity, cancer, cardiovascular disease and diabetes among populations previously known for their longevity.

Seven in 10 Greek adults are now overweight or obese, and about 11 percent have diabetes, according to Trichopoulou.

While some regions are doing better at resisting fast food – such as southern Italy and northern Africa – the race is on to find a way to slow or reverse the diet's decline, with the meeting in Milan just one such bid to save it.

As well as the health fallout and associated medical costs, dropping the diet also has an impact on the environment since “almost 25 percent of greenhouse gas emissions come from food production,” he said.

It also puts at risk of extinction local skills and traditions such as harvesting, fishing, animal husbandry and conservation.

Healthy eating has not fallen by the wayside completely: the Mediterranean diet is a hit with “educated people and those who belong to higher social classes” in Greece, Trichopoulou said.

“It is more related to a social problem and education than money, because vegetables and fruits are relatively cheap,” she said, but people are cooking less and advertisements promote sugary or preserved products.

What's needed is to encourage initiatives in local communities and find a way of selling sustainable tourism – including a return to local food production – even in mass tourism areas, says independent expert Florence Egal.

In Spain's Balearic Islands, including the hugely popular Majorca and Ibiza, “thousands of tourists eat at buffets in large hotels”, while “in the countryside orange trees are weighed down with unpicked fruit”, which rots because imported oranges cost less.

And she warns, as groves are abandoned and migration to cities increases, the Mediterranean diet takes one more step towards becoming a thing of the past.