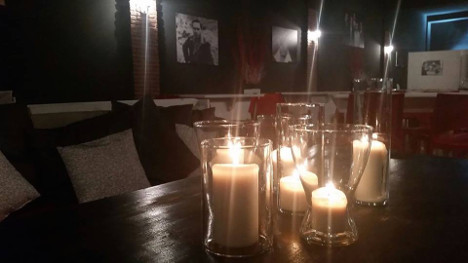 For all those who like the idea of eating naked, all the while surrounded by other nude diners, then book yourself a table at L’Italo Americano, a restaurant in Milan’s Cerro Maggiore area.

Billed as “a meeting for naturists” the first all-naked dinner will be hosted at the restaurant on Via San Clemente on Friday July 15th.

The event, which will take place every Friday, has caused quite a stir in the community, but the restaurant’s manager insists it has “nothing to do with sex, swingers or anything like that”.

In fact, he hopes the initiative will help reverse the restaurant’s fortunes.

“We have been trying to come up with ways of attracting more business and one way of doing that was to create something niche,” the manager, called Romeo, told The Local.

An evening of naked dining and dancing will cost €50 for members of the Italian Naturist Association and €100 for non-members. Diners will also be free of electric lights, eating instead by candlelight, and mobile phones.

Anyone caught having sex will be thrown out.

Some 40 people had reserved a place for this Friday, Romeo said.  The evening will be hosted as a private event, as per Italian law, meaning it will be closed-off to any curious, but fully-clothed, diners.

Romeo said that he took inspiration from The Bunyadi, London's first nudist restaurant which has reportedly attracted thousands of bookings since opening just a month ago.

But some regular customers are not so keen on the idea.

“A lady, a regular customer, told me she would never again set foot in the restaurant,” he told Milano Today.

“Incidentally, it was the same woman who suggested we liven up evenings with lap dances. The point here is that there is a lot of confusion between naturism and sex.”