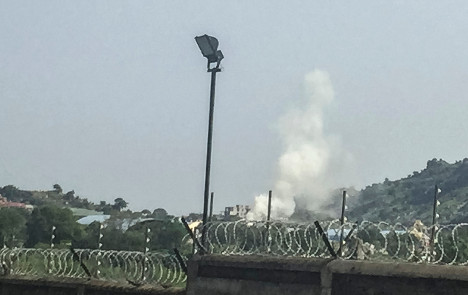 Intense fighting in South Sudan has killed hundreds of people and forced tens of thousands to flee their homes. Photo: STR/AFP

Around 100 German citizens were still in South Sudan, and those with German organisations would be given priority in the evacuation, said Chebli.

Berlin would also help bring other foreigners to safety, the spokeswoman said, adding however that she could not give their nationalities for security reasons.

Separately, Rome said an Italian military plane carrying 30 Italians and an unspecified number of other EU citizens departed on Wednesday morning for its base in Djibouti.

A ceasefire in South Sudan's capital appeared to be holding for a second straight day on Wednesday, but many people remained cautious after four days of heavy fighting. Around 300 people were killed in just a few hours on Friday.