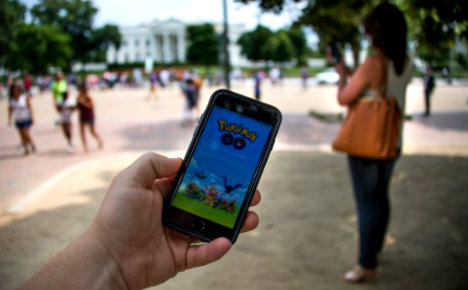 The official release date is top secret, but according to industry insiders, including Forex, Italian users will be able to download the game for free on iOS and Android in less than 24 hours.

The game is a modern, augmented reality version of the 1995 Game Boy classic, which allows users to play in the real-world.

Gamers can now hunt for Pokémon at their nearest  park, on the beach and even during their daily commute – a fact which critics say has created havoc in Germany and the USA where the game has already been released.

Since its German release on Wednesday, fans have taken to playing Pokémon GO inside the country's holocaust museums, which according to the game's in-built map are excellent places to find and capture rare Pokémon.

Some German sites have now put up signs informing people not to play, but ahead of its arrival in Italy, Rome's Museum Foundation said it was not making any special preparations.

“We know it's coming, but at the moment we have no plans to put up signs or anything like that. We will see what happens when the game is released,” spokesperson for Rome's Museum Foundation, Luca Del Frà, told The Local

“Obviously it's important that visitors have respect for our cultural sites as well as other visitors. However, as a long as they are respectful and have paid for their ticket, they can do as they please,” Del Frà added.

But it's not just cultural sites that risk being disturbed. One American man was left exasperated when he began receiving unexpected visitors to his home, which the game had marked as a 'Pokémon gym' – a place where players must go to train their monsters – on the game's map.

Living in an old church means many things. Today it means my house is a Pokémon Go gym. This should be fascinating.

Since being released in the USA last weekend, the game has broken all download records for smartphone games, with over 21 million users currently playing the game each day.