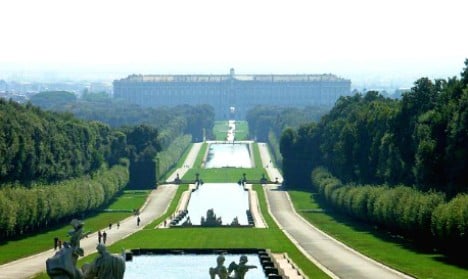 The Bourbon palace at Caserta is one of the sites looking for cash. Photo: Wikimedia Commons

Italian Culture Minister Dario Franceschini flew to China on Tuesday in order to promote a new system that will offer Chinese investors generous tax breaks if they invest in Italy's under-funded cultural sites.

The scheme will hand investors tax reductions of up to 65 percent if they pour cash into Italian heritage and will only be available to Chinese companies with registered offices in Italy.

“Attracting foreign investment has been, and will continue to be, one of the driving forces of this ministry,” Franceschini said in a statement on Wednesday.

There are seven key sites currently seeking substantial investment, including Emperor Hadrian's summer villa outside Rome, the Etruscan tombs of Cerveteri, the Greek temples in Agrigento and the former residence of the Bourbon kings of Naples in Caserta, Campania.

Italy's treasures are beset by funding shortfalls which are in no small part down to the incredible volume of historic sites the country has to maintain.

With 52 world heritage site, the country is the most Unesco-rich in the world. However, its sluggish economy has seen successive governments slash the culture budget.

In addition, corruption and mismanagement has caused millions to disappear into thin air.

Earlier this year, it emerged houses were being rented for as little as €5 a month in the grounds of Caserta's Bourbon palace.

Italy is increasingly turning to the private sector to fund much-needed restorations.

Rome's Trevi Fountain recently underwent a €2.2 million face-lift funded by the fashion house, Fendi, and the Spanish Steps are currently being spruced-up by designers Bulgari.

During his time in Beijing, Franceschini also inaugurated a new programme aimed at attracting more Chinese visitors to Italy.

“A new scheme called 'China Friendly' will try to improve the offering of Italy's cultural destinations for Chinese visitors,” the Ministry said.

“It will also create new links between museums, towns and cities in both countries a bid to open up new destinations.”

The number of Chinese tourists visiting Italy has increased sharply in recent years and the Chinese are now the seventh largest national demographic visiting Italy, with over 2.2 million spending time in the country in 2014.

With the number of Chinese tourists on the rise, Beijing policemen were even called in to patrol top tourist sites in Milan and Rome earlier this year, in an attempt to help their travelling countrymen feel safer.