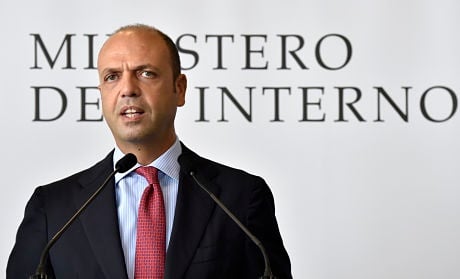 Farook Aftab, a warehouse worker from Pakistan, allegedly planned to carry out an attack on a wine shop in the name of Islam, Ansa reported.

Italy’s anti-terrorism police, Digos, found evidence that he had sworn allegiance to the group via an online video and accessed terrorist propaganda online.

Aftab, who arrived in Italy in 2003 and had his citizenship request turned down earlier this year, is also alleged to have tried to recruit his wife to Isis, Ansa said.

Interior Minister Angelino Alfano said on Friday that 35 Islamists had been expelled so far this year.

That’s on top of the 102 people deported in 2015. Some 106,000 checks on suspected terrorists have also been carried out since January 2015, while 549 have been arrested and 884 placed under investigation, Alfano added.

Alfano promised the country would continue to take a hard-line against those who promote radical Islam and promised the government would work with the 1.6 million members of Italy's Muslim community to root out radicals.