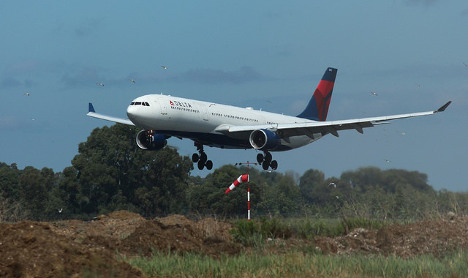 The American airline Delta is yet to confirm the cause of the information system outage. Photo: Alessandro Ambrosetti

Five flights were due to take off from the airport between 9am and 1pm local time.

Airports worldwide have been affected by the outage, the cause of which is yet to be confirmed by the company.

Due to a computer outage, flights awaiting departure are currently delayed. Flights enroute are operating normally.

Among those in Europe affected are London’s Heathrow, Amsterdam’s Schipol Airport and Màlaga Airport in Spain.