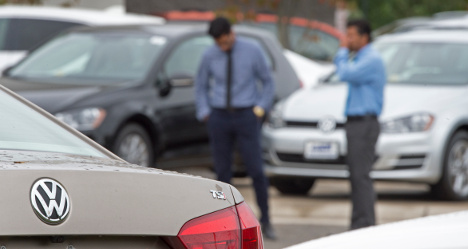 The German carmaker was handed the fine for “improper business practices” after it installed emissions-cheating software in 11 million diesel engines worldwide in a scandal which broke last year, dubbed “dieselgate”.

The antitrust watchdog said the fine related to the marketing in Italy since 2009 of vehicles that tricked pollution tests.

Volkswagen, which owns 12 brands in all, from VW to Audi, Porsche, Seat and Lamborghini, admitted in September that it had installed software in the vehicles that tricked US emissions tests into showing the cars met environmental standards.

The device switched off after testing, enabling the vehicles to spew up to 40 times the permitted amounts of nitrogen oxides.

The still incalculable costs of the affair — including regulatory fines and legal costs – pushed VW into the red for the first time in more than 20 years last year when it booked a loss of €1.6 billion.

In June it agreed to pay out $14.7 billion in a settlement with US authorities and car owners.