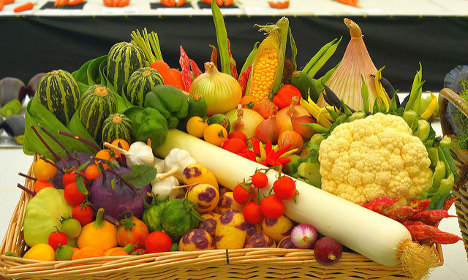 A vegan diet can be extremely healthy - but in young children, it can be dangerous. Photo: Micolo J/Flickr

The proposal was put forward by Elvira Savino, a member of Silvio Berlusconi's Forza Italia party, and would see parents who put their children on restrictive diets, which she described as “ideological excesses”, punished with up to a year in prison, or two years if the child is aged under three.

If the child became ill due to the diet, however, Savino suggested a penalty of between two years and six months and four years, and between four and six years if the restrictive diet led to the child's death.

The law would apply to any diet “lacking in essential elements for healthy and balanced growth”, La Repubblica reported.

Savino said the aim of the proposed law was to “stigmatize dangerous and reckless eating behaviour imposed by parents”. She stressed that it was not an attack on veganism itself, which can be a healthy lifestyle. “The problem arises when children are involved,” she said.

A vegan diet is not necessarily harmful to children, however if not carefully managed it can lead to malnourishment and vitamin deficiencies such as a lack of vitamin B12, zinc, folic acid and iron, and there have been several recent cases in Italy of very young children being hospitalized in serious condition due to diet.

Parents are advised by Italian medical authorities to inform themselves of the risks before choosing to raise their children vegan, and to ensure the children has regular medical check-ups.

In July, a one-year-old who had been raised as vegan and weighed only 5kg was hospitalized in Milan, with a judge ruling that his vegan diet was “incompatible with his young age”. In June, a two-year-old spent several days in intensive care for vitamin deficiencies thought to be linked to the vegan diet her parents had raised her on – the third time since the start of 2015 that a young child was hospitalized in serious condition owing to their diet.

However, veganism is on the rise in Italy, with 2.9 percent of the population now avoiding all animal products. Turin's mayor recently unveiled an ambitious plan to turn the city into Italy's 'first vegan city'.