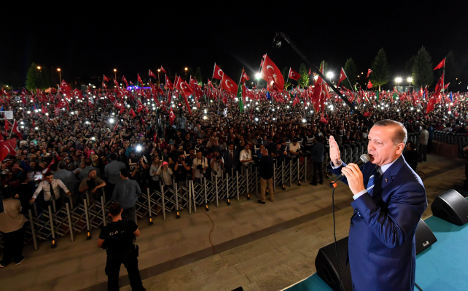 “We are working to bring both these traitors back to Turkey,” he said, without detailing the allegations against them.

“The Greek authorities recorded this. Tunc's brother lives in Holland. We are working with both the Netherlands and Italy,” he said.

Earlier this week, media reports said the pair had gone missing. Yasitli is reported to be the overall military attache and Tunc the naval attache but their accreditation with Athens has been cancelled.

Turkey has embarked on a wholescale purge of the military in the wake of the coup which was blamed on followers of the US-based preacher Fethullah Gulen.

In a separate case that has strained improving ties between Ankara and Athens, eight Turkish military officers fled by helicopter to Greece after the failed coup of July 15th. To block their deportation back to Turkey, they have applied for asylum.

They have been handed suspended two-month prison terms for illegal entry and will remain in police custody until their asylum hearing on August 19th.

Two Turkish generals serving in the Nato force in Afghanistan were also detained in Dubai last month on suspicion of links to the failed coup.