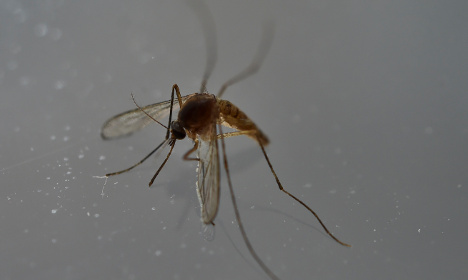 Doctors at the Spallanzani Institute for Infectious Diseases in Rome said their monitoring of the now-recovered patient pointed to the possibility of the little-understood virus reproducing itself in the male genital tract.

As a result, the potential for sexual transmission of a virus linked to babies being born with shrunken brains and skulls may be greater than previously thought.

The 30-year-old man began presenting symptoms including fever, fatigue and a skin rash during a visit to Haiti in January.

On his return to Italy, tests showed the Zika Virus RNA was still present in his urine, saliva and sperm 91 days after the onset of symptoms.

After 134 days it was only detectable in his sperm which remained positive after 188 days, the medics said in a report published this week in epidemiology review Eurosurveillance.

That was over twice as long as the 93 days after symptoms onset registered by a 27-year-old Frenchman whose case was highlighted in British medical journal The Lancet last month.

Prior to that the record for Zika showing up in sperm was 62 days after onset of symptoms.

“The results of this study confirm that the virus could replicate specifically in the male genital tract and may persist in semen,” the Italian team said.

In light of their findings, all infected patients should be advised to use condoms or abstain from sex for at least six months after the onset of symptoms, they said.

The Italian man involved in the study continued to have sex with his wife, using condoms. She has tested negative for the virus.