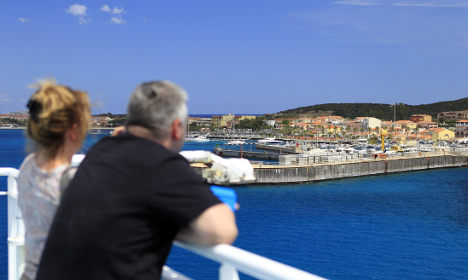 Security has been upped at Italian ports. Photo: Pascal Pochard-Casabianca/AFP

On a scale of one to three, the security level was raised to two, meaning that the percentage of passengers and vehicles checked at the ports will increase.

Ferries departing from Italian ports will likely be especially affected, as will boarding areas, which will come under increased surveillance.

According to the Italian press, the increase comes ahead of the peak of the summer season this weekend.

Local media reports also said the surge in fighting in Libya across the Mediterranean may have raised the threat level in Italy.

Libyan pro-government forces on Thursday battled to clear the Islamic State group from its stronghold of Sirte, after dealing a major blow to the jihadists by seizing their headquarters.

The Italian government refused on Thursday to confirm reports alleging that special forces from the country had been deployed in Libya.

Security was also upped at key locations in Rome earlier this month, including the Colosseum and Vatican, as well as in busy shopping areas and at outdoor events.

Interior Minister Angelino Alfano said in July that the country had intensified security due to a “resurgence of jihadist threats”. The announcement came a day before 84 people, including five Italians, were killed in an attack in the southern French coastal city of Nice.