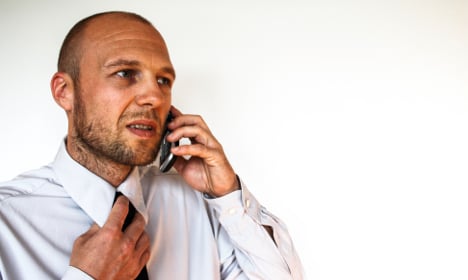 The deputies from the Left Ecology Freedom party, which is led by Nichi Vendola, the former governor of Puglia, have presented a proposed law “to tackle the phenomenon of abuse and invasion of citizens' privacy through telemarketing”.

The law would target not only cold callers, but also companies who call existing customers to send publicity material or to carry out market research.

They noted that recent years have seen a considerable increase in what is known in Italy as “savage” telemarketing, described in the proposal as “improper and invasive practices” which leave consumers “oppressed by unwanted phonecalls”.

Since 2011, Italy has had a public register of phone numbers, and it is possible to have your number removed from the list by contacting your network provider. If someone still receives promotional phonecalls after taking this step, they can take legal action against the caller.

However, the politicians noted that the capacity of the current list was “limited” and wanted to  update and adapt it so that all users of mobile phones and landlines are protected against cold calls.

Back in March, an Italian association for contact centres, Asso Contact, banned cold calls being made on Sundays and national holidays. It also urged its workers to “adopt kindness and courtesy” in response to a deluge of complaints.