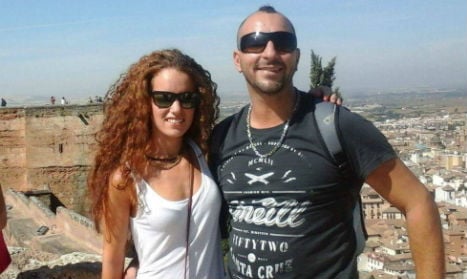 The 27-year-old was confirmed yesterday as the only Spaniard among the 267 people so far known to have lost their lives in the 6.2 magnitude earthquake that struck at 3.36am on Wednesday.

LATEST: for all news on the Italy earthquake read The Local Italy

The young Spanish woman had only recently married her Italian boyfriend of seven years, Christian Casini, and the pair had taken a month off to visit his family in Italy.

Together they ran a pizzeria in Granada and had only just bought a flat nearby. They were just embarking on married life together when tragedy struck.

At the time that the earthquake struck Ana was reportedly on the ground floor of her in-laws home with four other women while the men of the family were sleeping upstairs.

All five women are all reported to have died when the house collapsed while the men survived, including Ana’s husband who escaped the wreckage with only light injuries.

The town of Viznar in Granada province where Ana’s parents live have declared two days of official mourning, while the parents themselves have travelled to Rome to collect their daughter’s remains and bring her back for burial.

Nicolás Espigares, Ana’s uncle and the spokesman for the family told the local newspaper Ideal that the Spanish authorities had refused to pay for her repatriation.

“The embassy (in Rome) has treated us very well and are helping us with the red tape, but the expenses must be borne by the family. This doesn’t seem right,” he said.

The Spanish Foreign Ministry website states that repatriation costs would only be paid by the government in “exceptional circumstances”.

“But isn’t this the case?” commented the family spokesman.