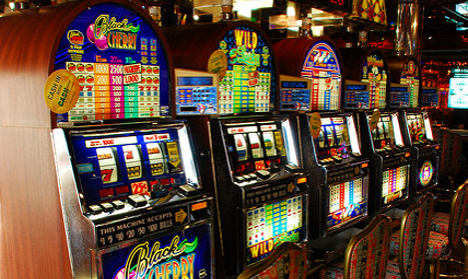 In an interview with Vita Non Profit magazine, which comes out on Thursday, Renzi said he had no intention of funding the country's earthquake recovery by increasing tariffs on things like gambling and petrol.

Indeed, Prime Minister announced the government would soon introduce a measure to get rid of slot machines in newsagents, bars and cafes across the country.

The machines are an important source of revenue for the government, which in 2015,  brought in €8.7 million to the state coffers. Even though reform and better regulation of the industry has been a long time coming, it may face resistance from business owners.

A document by Italy's Joint Conference of the state and regions notes: “While on the one hand [the machines] provide important tax revenues, on the other hand they entail important social consequences which cannot be ignored as they have been in past years.”

Government plans include the complete removal of the machines from restaurants, hotels, beach resorts and shops, with a significant reduction in their number in bars and newsagents.

The government also hopes to reduce the hours during which machines can be operated and tighten up checks on illegal gambling, including better regulation of casinos.

“The vision that inspires all government action, and even more so after the earthquake, is to do everything we can to increase social capital in the country,” Renzi told the magazine.

Other politicians welcomed the news but expressed scepticism as to whether the measure would actually be effective.

“If the government brings a concrete proposal to parliament against pathological gambling, Fratelli d'Italia will give its support,” Giorgia Meloni, the president of the right-wing party, wrote on her Facebook page.

Viviana Beccalosi, a regional councillor from Lombardy who has long campaigned for tighter laws against gambling, said she hoped the pledge was “not just a slogan” and that if the law came into effect it would “reward the work done over the years” to tackle gambling addiction.

A government report in October 2015 suggested as many as 1.3 million Italians are problem gamblers – but revealed that only 12,000 people were under treatment for addiction. In L'Aquila, for example, a city still struggling to recover from a devastating earthquake in 2008, there is currently one slot machine for every 83 of the city's 70,000 inhabitants.

Earlier this year, the town of Anacapri on the southern island of Capri became the first to completely outlaw slot machines after a referendum of the 6,000 islanders. Similar appeals had previously failed in the northern cities Bologna and Bergamo.