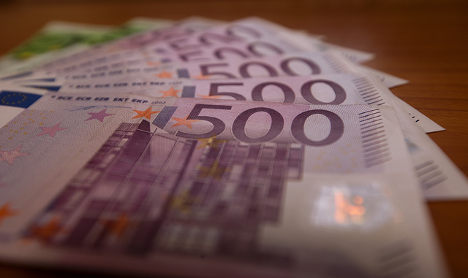 Italy is top in the EU for tax evasion. Photo: FuFu Wolf/Flickr

Evasion of VAT cost the country a staggering €36.9 billion in 2014, according to an EU-wide study published on Tuesday. That means that Italy is responsible for almost a quarter of the total lost VAT revenues in Europe.

The 'VAT gap study' by the European Commission measures the difference between 'theoretical VAT', or the expected revenue, and the amount actually collected in each country. Across the entire EU, the Commission calculated that a total of €159.5 was lost, but the differences between individual countries are large.

In Italy, the rate of evasion was 27.55 percent, a figure topped only in Greece, Lithuania, Malta, Slovakia and Romania. Sweden meanwhile came top of the class with a 1.2 percent rate of tax evasion.

And in terms of the actual amount of money lost, Italy topped the charts, with the state missing out on €36.9 billion of revenue – a figure Pierre Moscovici, European Commissioner for Financial Affairs, labelled “unacceptable”.

To tackle fraud and streamline the system, particularly when it comes to cross-border purchases, the EU launched an Action Plan for a single VAT area in April. Following the release of these latest figures, it reiterated its call for member states to take part in the plan.

Italians can console themselves with the fact that the 2014 figures actually show a slight drop in lost revenues since the study's last edition, which revealed a rate of tax evasion of over 29 percent in 2013, equivalent to €37.87 billion.

The high rate of evasion has contributed to the dire state of Italy's public finances; at the end of 2015, national debt had risen to 132.6 percent of national output.

The government has pledged that this debt will fall in 2016 and has taken steps to tackle tax evasion, including a “no questions asked” appeal to suspected dodgers to put their affairs in order.

In early April, the national tax agency recovered a record €14.9 billion in unpaid tax in 2015. However, this is still only a small proportion of the €90 billion it estimates it loses to tax evasion each year, a large amount of which is linked to VAT evasion.