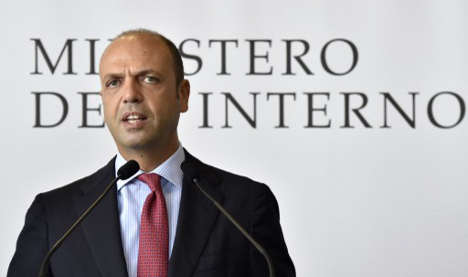 “We pay great attention to the activity of religious leaders who, if they go against our laws and are hostile to our traditions, can negatively influence followers, fueling feelings of hatred and violence,” Alfano said on Thursday.

The man, a 33-year-old Moroccan national, worked as secretary at the Treviso Provincial Islamic Community and also held the position of 'acting imam', meaning he would step in when the usual imam was absent.

He had refused to take the Italian oath of citizenship, which involves swearing allegiance to the Republic, Alfano said. He added that the man's decision had been based on the fact that certain Italian principles, including equality between men and women, were incompatible with the extremely conservative Salafist movement.

The Interior Minister added that the Moroccan had encouraged friends and family to likewise reject the Italian constitution.

Deportations have been a large part of Italy's strategy to prevent terrorist threat, and 12 imams have been expelled from the country since the start of 2015, under a ‘zero tolerance’ approach to extremist militancy which Alfano says has reduced the risk of a terror attack on Italian soil.. In total, the number of deportations has been 115, including 49 already this year.

259 people were arrested on terrorism charges in 2015,

In mid-August, Alfano said he had ordered the deportation of Hosni Hachemi Ben Hassem, a Tunisian imam based in a mosque at Andria in Puglia.