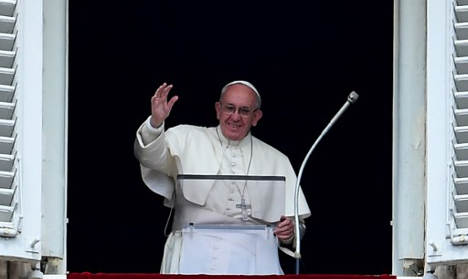 The panel, a commission of experts which advises Francis on efforts to combat clerical child sexual abuse, said the initiative had been made by an abuse survivor.

“The commission believes that prayer is one part of the healing process for survivors and the community of believers,” a statement said. “Public prayer is also an important way of consciousness raising in the church.”

The move was announced after the latest week-long meeting of the Pontifical Commission for the Protection of Minors in Rome.

Established in 2014, the panel suffered a setback earlier this year when one of its members, British abuse survivor Peter Saunders was sidelined after complaining that it was doing nothing to break down a culture of complacency and cover-ups within the Church.

And its emphasis on prayer and education is unlikely to appease critics who say the Church remains reluctant to hand paedophile priests over to the judicial authorities.

The day of prayer will complement similar initiatives already announced in various Church regions. The panel said it was pushing ahead with educational initiatives – including setting up its own website – designed to raise awareness about the issue of paedophilia in church communities across the globe and to train Church leaders how to handle the issue effectively.

And it welcomed Francis's announcement in June that members of the Church hierarchy can now be dismissed from office if they fail to display the diligence required of them in ensuring the protection of children. Francis has also put in place a legal framework for paedophile clerics to be tried in the Vatican and he has been praised for holding meetings with victims of abuse in Rome and in the United States.

But some critics say his overall record on the issue is patchy and he has come under fire for standing by his finance chief George Pell.

The Australian cardinal has been accused of groping boys during his time as a priest and of failing to deal with paedophile priests under his charge when he was a senior figure in the Australian church.

Francis said last month there were “doubts” about the claims made against Pell and warned of the dangers of condemning him to a “media verdict.”