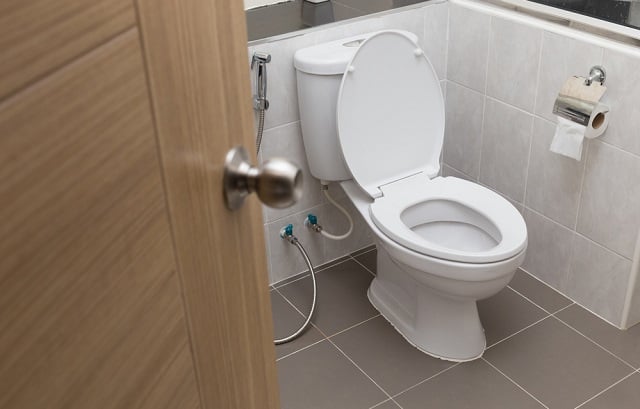 In Italian a person who is very unattractive is called a "cesso" (toilet). Photo: Sutichak/Deposit Photos

Tread carefully with this one: it can be used to refer to someone who is dorky, uncool, or simply unlucky but the literal meaning is very vulgar. It comes from the word 'figa', a northern Italian term to refer to female genitalia, and literally means someone with no sex life.

Family is everything in Italy, so you know you're in trouble is someone starts insulting yours – especially dead ones. This Roman expression implies the recipient is descended from ancestors of questionable morality. Not to be used lightly. The word 'palloso' literally means 'like a ball', but is used colloquially to mean 'boring' or 'tiresome' – or even as a translation for the English slang-term 'square'. It can be used to describe books or films as well as people, and basically means they have no distinguishing or interesting features.

'Secchione' means nerd – someone who knows a lot of things and likely doesn't have much of a social life. It comes from the term for bucket, suggesting that the listener has a large brain capable of holding lots of things.

This is much stronger than the English equivalent and considered to be very vulgar – younger people often use it playfully among friends, but it's best to avoid it unless you're totally sure it would be well-received. The specific connotations vary, but it's often used when someone is arrogant and doesn't care about others. Bonus fact: it's actor Colin Firth's favourite Italian word.

Sounds harmless? This is one of the safer terms on this list: “Cavolo” is simply a less aggressive way of saying the far more offensive “cazzo”, which translates as “shit”. It's similar to English-speakers who replace ruder terms with “sugar” or “fudge”.

For example: “Che cavolo vuoi?” (literally: what the cabbage do you want?) The English equivalent would probably be: “What the heck do you want?” In English we would say a “pain in the neck” or “pain in the ass”. In Italy, however, the anatomy is slightly different and you would say “rompicoglioni”, or “ball-breaker” in English. It comes from the expression: “Rompere i coglioni” (to break someone's balls), which you would use to let someone know that they are really getting on your nerves. For example: “Mi rompi i coglioni!”

Sei duro come il muro | You're as hard as a wall

Here, 'duro' (hard) means stupid, similar to using the terms 'thick' or 'dense' in English. It's all about the context here, because as in English, 'duro' can also mean tough or severe.

On the subject of balls, a single “coglione” is used to refer to an idiot. For example: “Tutti in ufficio pensano che sei un coglione!” (Everyone in the office thinks you’re an idiot).

If you think someone is unattractive in Italy you don’t have to stop at “brutto” (ugly). Literally translating as “toilet”, “cesso” is used to describe someone who is particularly unpleasant to look at. Use with caution. This phrase might baffle non-natives. “Porca” does translate as pig – but in this context it is an adjective that is perhaps best translated as “bloody” or “damn”, used frequently by hassled Italians. The equivalent would probably be “bloody hell!” But we have to say, this porcine variant has a certain ring to it.

Noticing a piggy theme here? If you’re familiar with Italian you’ll know that “paletta” is a spade. Precede it with “porca”, however, and it becomes an exclamation of frustration, similar to “porca miseria”, but milder. Stronger variations include “porca puttana” (porky prostitute) and “porco dio” (porky God).

If you tell someone 'non capisci una fava' (you don't understand a broad bean), you're basically saying they don't know anything. Particularly in Florence, you can also tell someone 'sei una fava' to let them know you think they're extremely stupid.

A version of this article was published in May 2015.