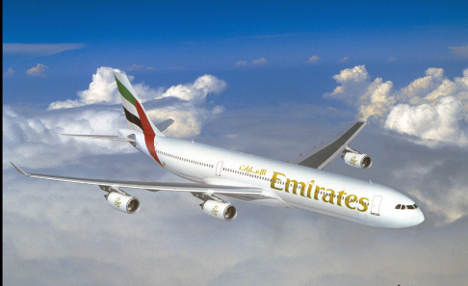 Giorgio Destro, from Padua in northern Italy, says he suffered for nine hours on a flight from Cape Town to Dubai.

After settling into his seat, 29K, by the window, Destro was surprised when a considerably overweight man took the adjacent seat.

A few hours into the journey, which took place in July, he asked to change seats but was told that this was impossible as the flight was fully booked, local paper Mattino Padova reported.

“For 9 hours, I had to stand in the aisle, sit on seats reserved for the cabin crew when they were free, and in the final phase of flight resign myself to suffer the 'spillover' of the passenger at my side” the lawyer told local media. He shared a photograph of himself and his travel companion as evidence of his discomfort.

Destro, who used to work for the Italian Consulate in South Africa, is a long term customer and 'gold member' of the airline, but even after the flight he says Emirates refused to offer an apology or any form of compensation.

The hearing is scheduled for October 20th in Padua.