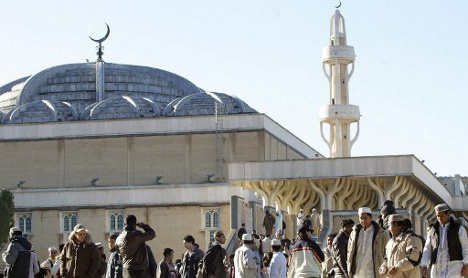 THIS ARTICLE DATES FROM SEPTEMBER 2016

While the text doesn't refer to any particular religion, politicians opposed to the law argue that it unfairly targets Muslims, and the proposals have been dubbed 'anti-mosque laws' by local media.

The laws introduce restrictive criteria regarding the creation of new places of worship, and give regional authorities much greater power in deciding the location and appearance of religious sites.

For example, any new plans must meet  the criteria of “architectural and dimensional congruity with the general and specific characteristics of the Ligurian landscape”, a vague description which could see minarets rejected for being un-Ligurian.

And the new laws would see referendums held in municipalities where new places of worship were planned, in order to decide if they could get the go-ahead.

The proposals, put forward by the Northern League party, were approved by a narrow majority, with 16 votes in favour and 15 against, local paper Il Secolo XIX reported.

Marco Scajola, the city planning councillor for Liguria, said that the changes meant “greater clarity for everyone”, according to Liguria Notizie, adding that those who accused the law of being discriminatory were wrong.

However, a similar bid in Lombardy to restrict the building of new places of worship was rejected by the Italian Constitutional Court in February, after the region approved them in 2015. The text in Liguria was heavily modified to take into account the decision over Lombardy's 'anti-mosque' laws.

The clause about the referendum is the most likely to cause problems. The Italian constitution does not allow referendums on issues “regarding individuals or specific groups of individuals”, and a referendum on a new place of worship could be seen to breach this rule.

Purpose-built mosques are rare in Italy, although Rome is home to the largest one in Europe.

The Italian government announced in January that a special council, made up of academics and experts in Islamic culture and religion, would be created to better integrate the Muslim community.