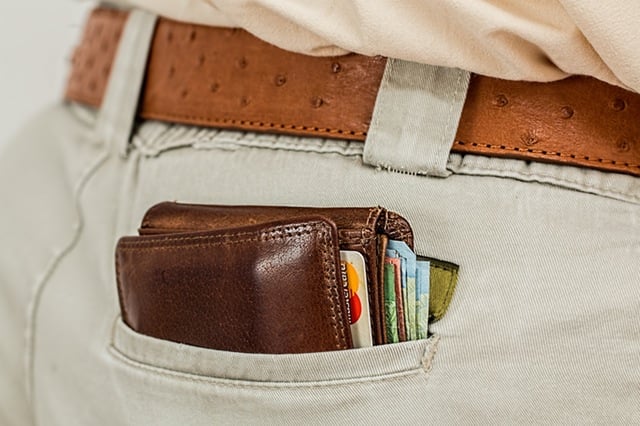 Where in Italy is your wallet safest? File photo: Pexels

The new statistics come from Il Sole 24 Ore's annual crime report, based on figures provided to the financial daily by the Interior Ministry.

Overall, Italy saw a drop in the total number of crimes reported, down 4.5 percent from 2.8 million to 2.7 million. This followed a 2.7 percent decline in 2014, after three years of steady increase.

However, that still leaves 7,500 crimes reported each day, including hundreds of instances of pickpocketing.

While pickpocketing overall was down by 3.6 percent compared to last year, there were still 173,000 reported incidents.

Increased pickpocketing in some cities

Rimini might lay claim to the highest number of pickpockets, but it was Parma which saw the biggest year-on-year increase in the crime, at 26 percent.

Other cities bucking the trend, with increased incidence of pickpocketing, were Pisa (15 percent), Modena (13 percent) and Naples (11 percent).

Naples also came on top for more violent forms of theft. The southern city reported 195 armed robberies per 100,000 inhabitants, a rate more than trip the national average, while its rate of bag snatching was almost as high.

Although the majority of types of crimes saw a decline, a few had increased since 2014; online scams and fraud were up by 8.8 percent compared to 2014, while extortion had risen by 20 percent.

Overall, Oristano came out as the safest place in Italy, with  the fewest crimes reported per 100,000 inhabitants. It was followed by Pordenone in northeast Italy and Rieti in the centre of the country.

At the other end of the scale, Rimini, Milan, Bologna and Turin saw the most crimes reported, with the capital Rome coming in fifth.