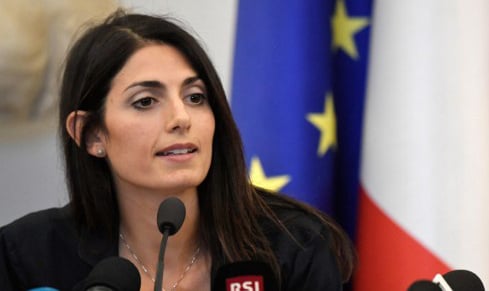 For example, female councillors will be called 'consigliera' instead of 'consigliere', and prefects 'prefetta' instead of 'prefetto', in all administrative documents, correspondence and the names of offices.

“The words we use are important; they define and evoke people and things,” said councillor Anna Maria Busia, who proposed the rule change.

“The right to be recognized by your own name is a constitutional right.”

The gender rule, part of a wider 'simplification law', decrees that within six months, the council should adopt “a non-discriminatory language in respect to gender”.

Busia said that while some people argue the feminine forms of the titles 'don't sound right', it's simply a matter of getting used to hearing the words.

“Why is 'avvocata' (female lawyer) an ugly word but not 'maestra' (teacher) or 'impiegata' (employee)? The truth is that the feminine forms of professions only becomes discordant when you move up the professional scale.”

A 1987 book analysing gender in Italian, 'Sexism in the Italian language' by Alma Sabatini, first recommended avoiding the use of 'generic masculine' – for example, saying 'uomo' (man) when referring to people in general.

Sabatini wrote about the linguistic theory of the relationship between objects and the words used to describe them, arguing that using the masculine to refer to groups including women undermined the role of the women in the group.

Following the publication of the work, the Accademia della Crusca – Italy's linguistic academy – updated its own guide, saying that it was incorrect to avoid using the feminine form when referring to women.

More recently, the President of Italy's Chamber of Deputies and campaigner for women's rights, Laura Boldrini, has highlighted the importance of language in the struggle for gender equality.

Boldrini asked for colleagues to refer to her as 'la Presidente' rather than 'il Presidente', and argued that the Italian language should evolve along with society, as more women are in positions of power.

She has also spoken out against sexist jibes from her colleagues and the Italian media, saying “enough is enough” when an Italian newspaper referred to three female Olympians as a “chubby trio” during the Rio de Janeiro games.

Rome mayor Virginia Raggi also asked to be referred to as 'sindaca' (mayor) rather than 'sindaco' when she was elected earlier this year.