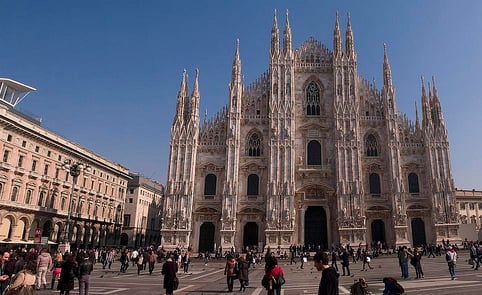 Should Milan bid for the Olympics? Photo: Joshua Barnett/Flickr

A recent decision by Rome city officials to veto an Italian Olympic Committee (CONI) bid for the 2024 Games has left Paris and Los Angeles leading that race ahead of Budapest.

Less than two weeks after Rome officials rubber-stamped mayor Virginia Raggi's initial, and resounding, 'No' last month, Milan is ready to take up the baton.

Giuseppe Sala, who was elected in June, is determined to improve the city's poor track record for sporting infrastructure.

He said it was “only fair” the Lombardy capital, known around the world for its “industry, financial centres, fashion, hospitality and food”, should be seen as a realistic candidate.

“If Paris is chosen, we won't even consider it,” Sala said in a report on gazzetta.it on Thursday.

“But if Los Angeles wins, it means it's a non-European city. So CONI could think about putting Milan forward as a candidate for 2028.

“Indeed, I say it would be only fair, providing such a bid would invite investment in the city's sporting infrastructure.”

Milan hosted the world Expo in 2015, but for the Olympics Italy's fashion capital may need help, from nearby Turin and Genoa.

Milan's biggest stadium is the 81,000-seater San Siro, used by Serie A rivals AC Milan and Inter. Turin boasts Juventus Stadium, as well as the Stadio Olimpico, the home of league rivals Torino.

“For the Olympics I'd imagine a Milan-Turin-Genoa triangle,” added Sala.

“Turin as a city of stadiums and Genoa as a seaside base, where soon we hope to have high speed travel links.”

Italy last hosted the Olympics in 1960 in Rome.