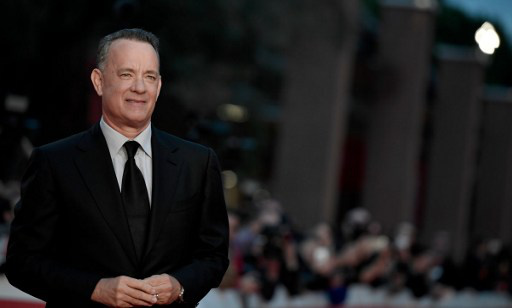 Hanks, in Rome to receive a lifetime achievement award at the eternal city's film festival, joked with the press ahead of the ceremony about similarities between Trump and Italy's ex-prime minister Silvio Berlusconi.

“Why the Trump?” he said, imitating one of the many Italian journalists who had asked him the same question, before quipping: “You're Italian. Why the Berlusconi?”

The star attended the world premiere of his new film “Inferno” last week in Florence.

“It's always at some form of crossroads. Often there is a fever pitch of fear and anxiety. Sometimes it's warranted, and other times it's manufactured.”

However, “when America has faced those circumstances and times, we have never turned to a simplistic, self-involved gasbag of a candidate,” he said.