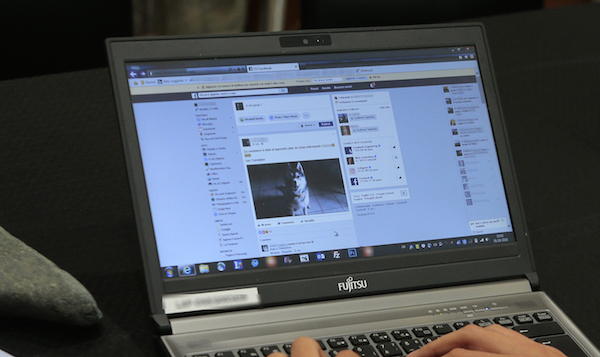 The man had posted a photo of an Islamic State beheading on Facebook. Library photo: Pascal Pochard- Casabianca/AFP
Italy's interior ministry said the man, whose nationality was not given, was arrested in Castello di Cisterna in Naples after investigators monitoring the internet found a video of an Islamic State group decapitation on his Facebook page.
Police discovered weapons including three home-made mortar shells, two electronic devices for setting off explosives at a distance, 146 fuses, various detonators and a remote control, the ministry said in a statement.
Along with the Isis video, the man had posted phrases on the social networking site in support of the Camorra, the notorious Naples-based mafia syndicate.