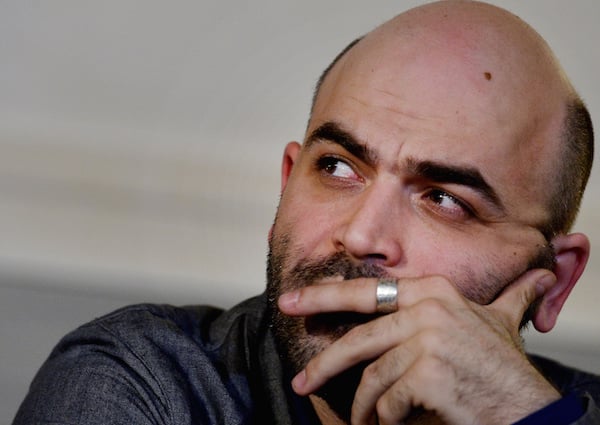 Roberto Saviano, pictured last year. Photo: Tiziana Fabi/AFP
The award-winning Italian journalist has lived under guard since just after the 2006 publication of his book “Gommorah”, which depicted in unprecedented detail the grip of the Camorra organised crime syndicate on his home city of Naples.
The hugely successful book led to an acclaimed film and television series but it also earned its author a string of death threats from enraged heads of powerful Camorra clans.
In October 2006, Saviano got a phone call telling him he was being placed under protection.
“When they came to pick me up, I asked 'For how long?” he recalled in an article for Italian daily La Repubblica. “And an officer replied, 'for a few days I think.'”
A decade later, Saviano still lives his life as a potential target.
“It is hard to sum it all up, but above all I want to express my gratitude to the police officers who are with me every day,” he wrote.
“They have become my family, often it has been their barracks which have housed me.”
Many times, the writer found himself wishing he had never written his groundbreaking book, which has now sold more than 10 million copies around the world.
“Still, despite everything, today what I'd like to shout in their faces is: 'You didn't succeed. You didn't get what you wanted'.
“I have not stopped, I have not bent, even if there were times when I was in pieces.”
The 37-year-old also warned that death threats were not the only means by which the freedom of expression is curtailed in Italy.
Referring to the widespread questioning of his own motives, Saviano said a generalised cynicism, a “culture of blackmail”, also undermined media scrutiny of the mafia scourge.
“Whoever describes organised crime, rigged tenders, money laundering knows they will become a sort of scapegoat,” he wrote.
“It is not only the merit of what they write that will be discussed, there will also be an attempt to destory their credibility.”