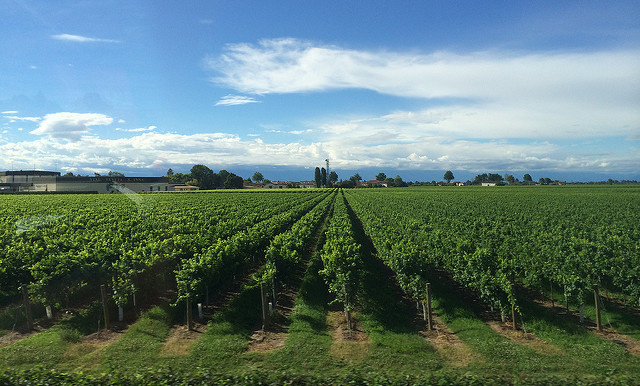 A law approved by parliament late on Tuesday provides for mandatory prison terms, fines and asset seizures for farm owners and intermediaries involved in illegal practices that can result in casual workers taking home little more than a euro (dollar) an hour for backbreaking work.

The new legislation was hailed as a “major step forward” by trade unions, who say some some 430,000 agricultural workers are subject to extreme exploitation across the country.

Under the so-called “caporalato” system, fruit pickers and other seasonal workers are typically recruited, organised and paid by an intermediary, enabling the real employers to sidestep payroll taxes.

A daily rate of between 22 and 30 euros for a 10-12 hour day – less than half the legal minimum – has reportedly become the norm across much of the sector.

In practice, many workers frequently earn far less because the intermediaries charge them for transport to-and-from the farms or even for water.

Lawmakers were moved to tighten regulation of the sector after several deaths on farms in the summer of 2015.

Activists say the problem has grown worse in recent years with the arrival of tens of thousands of migrants in Italy, many of whom end up living clandestinely.

“Now we have more effective instruments to wage what needs to be a daily battle because you don't negotiate where human dignity is concerned,” he said.