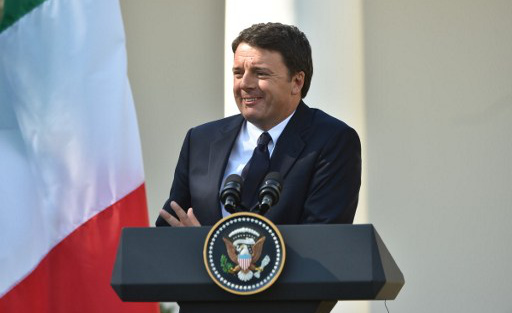 The proposed reforms – deemed the most important in Italy since World War II – are aimed at increasing political stability in a country which has had 63 governments since 1945.

They would streamline parliament and the electoral system by bringing an end to the existing system whereby each law must be adopted by both chambers in the same terms – a process that can take years.

“I don't believe that there will be any major disasters if the 'no' wins at the referendum,” Renzi told a joint press conference after White House talks with US President Barack Obama.

“But in order to have no doubts, I'd rather win the referendum. I'll do everything I can.”

The vote is shaping up as a referendum on Renzi's two-and-a-half years in office. He initially promised he would quit if the measures, already approved by the two chambers of parliament earlier this year, are voted down at a referendum.

Since then, the center-left Renzi has repeatedly nuanced those words, saying he had “committed a mistake by personalizing” the vote but had merely sought to convey “a message of seriousness and responsibility.”

“This referendum does not have to do with the great world events, the great world issues. Very simply, do you want to simplify the institutional system in Italy?” Renzi said through a translator.

Obama expressed his support for the changes, a comment that was criticized in Italy.

“We believe that it will help accelerate Italy's path towards a more vibrant, dynamic economy, as well as a more responsive political system,” the US president said.

All the opposition parties are campaigning against the constitutional reform measures, and Italy's European partners are watching the proceedings with some concern.

Former Italian prime minister Silvio Berlusconi, the head of the center-right Forza Italia who negotiated the reforms with Renzi, said late on Tuesday that he was against the move, which risked “entrusting Italy and Italians to one man and one party.”