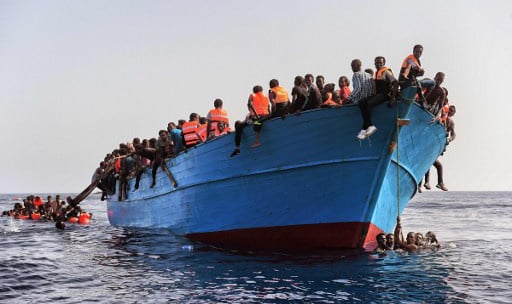 The migrants were on board two inflatable dinghies and three small boats, the coastguard said in a statement.

The dinghies were helped by a charity boat and an Irish naval vessel, which rescued 118 people and found five dead bodies.

Some 145,000 migrants have been picked up and brought to Italy since the start of 2016. According to the UN, at least 3,626 people have died during the perilous crossings or are lost at sea.