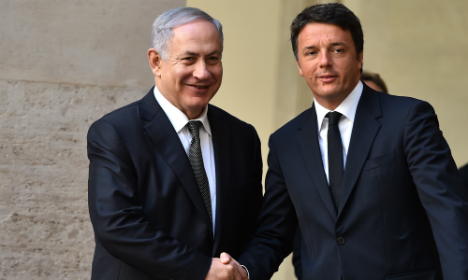 ‘To say the Jewish people has no connection to Jerusalem is like saying that the sun creates darkness,’ Renzi said. Photo: Gabriel Bouys / AFP

On Friday, Renzi strongly criticised the resolution, saying that Rome –which had abstained in the vote — would now oppose it.

“It is incomprehensible and unacceptable, a mistake. I specifically asked diplomats involved in such cases yesterday (Thursday) not to continue like this — we cannot deny reality,” Renzi told an Italian radio station.

“To say that the Jewish people has no connection to Jerusalem is like saying that the sun creates darkness.”

“If we have to break European ranks on this issue, then so be it,” Renzi said.

In a statement, Netanyahu's office said the two premiers spoke on Saturday and that the Israeli prime minister told Renzi that “even the theatre of the absurd has limits”.

The statement said Renzi told Netanyahu he “would work to influence the positions of other European countries” in similar votes in the future.

Tuesday's UNESCO resolution on “occupied Palestine” was endorsed by the agency's executive board at its headquarters in Paris, after being approved at the committee stage last week.

Israel considers all of Jerusalem as its undivided capital, but the Palestinians want the eastern sector as capital of their future state.

Israel is furious that the resolution refers to the Old City site in Jerusalem by its Muslim name, Al-Aqsa or Al-Haram al-Sharif. 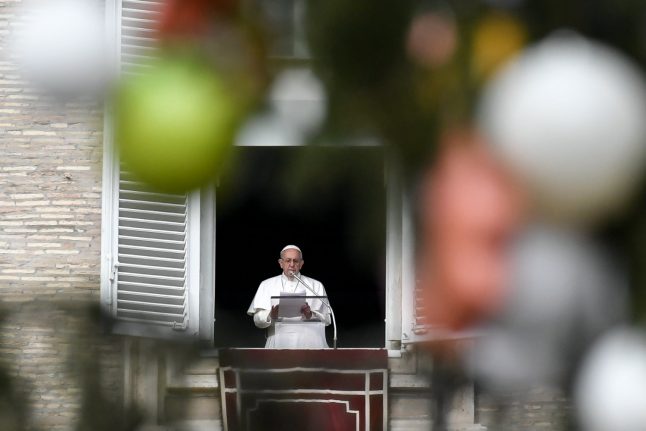 POPE
Pope renews call for ‘wisdom and prudence’ over Jerusalem 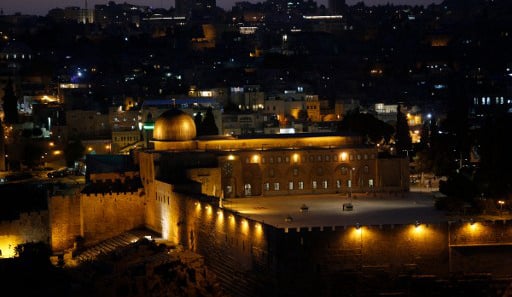 Pope Francis is pictured through the branches of a Christmas Tree, addresses crowds at St Peter's Square. Photo: AFP

“The Holy Father renews his appeal for the wisdom and prudence of everyone, and raises fervent prayers so that the leaders of nations, in this time of special gravity, commit themselves to avert a new spiral of violence,” a statement from the Vatican said.

There were fresh protests in the Middle East and elsewhere Sunday over Trump's declaration, a move that drew global condemnation and sparked days of unrest in the Palestinian territories.

Noting that Jerusalem was sacred to Christians, Jews and Muslims, the pope reiterated the church's “well-known position concerning the singular character of the Holy City and the essential need for respecting the status quo”.

“At the same time the Holy See reiterates its own conviction that only a negotiated solution between Israelis and Palestinians can bring a stable and lasting peace, and guarantee the peaceful co-existence of two states within internationally recognised borders,” the statement added.