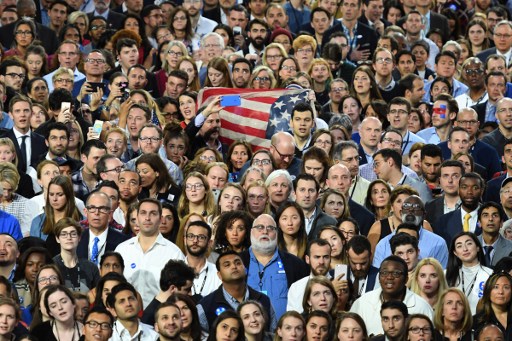 Voters watching the election result come in in the US. Photo: Angela Weiss/AFP

Democrats Abroad Italy hosted election night events in Rome – where free coffee was supplied to keep attendees going – as well as in Bologna, Milan, Florence and Naples, while plenty of other Americans living in Italy watched the results come in at home.

There were no official Republican party events in the country, but Republican supporters had plenty to celebrate as their candidate Donald Trump edged closer to the presidency with a series of victories in crucial swing states.

But what does the increasingly likely prospect of a Trump presidency mean for the average American expat in Italy?

Texan-born blogger Georgette Jupe, who runs the popular Girl in Florence blog, told us she had woken up feeling “sick”.

“I'm as shocked and horrified as much of the world,” she said. “I honestly feel a great sadness, as for me this is a person whose lack-of-policy platform was largely built on fear-mongering and hate.

“This was never about making America 'great' again, that we already are. However the future has never looked so uncertain.”

“All we know is that a man who showed himself in many ways unfit and unprepared to sit in the most powerful seat on the planet has won,” she told us. “Along the way, so many of the traditionally stabilizing civic institutions of the United States were deeply discredited by their inability to cope with a campaign where both sides outdid themselves in mendacity, public ugliness and dodging responsibility.

“In particular, the American media let itself be distracted and became unprofessionally self-indulgent, and now can shed no light on what just happened or will happen, not having explored any issues of substance for the past 18 months.

“For me, I still think, without reservation, democracy produces the best possible outcomes and I am glad so many in America went to the polls to have had their say. Now it is up to everybody in America to keep listening, keep speaking up, keep voting.”

Rome-based Natalie Kennedy told us: “This has been a night of very little sleep. It is hard for me to understand how my country of birth has become a nation so divided and apparently supportive of a candidate who ran on a rhetoric that feels so un-American to me.

“Unfortunately, I absolutely believe this presidency will impact my life as an American in Italy. I expect travel to become more difficult as reciprocity decreases. I expect tax laws to become more complicated. I expect my marriage to a non-American to be increasingly unwelcome.

“But overall, I know that for the next several years Italian friends and colleagues will ask me “how did this happen?” and I won't be able to answer,” Kennedy concluded.

However, not everyone was disappointed by the result. One American living in Italy, Janice, told The Local she was “ecstatic” about the result. “It looks good for him… and America,” she added.

Another voter, Andy Williams, told us he blamed the Democratic Party for the result. “Hillary Clinton had no cross-party appeal and too many people didn't trust her,” he said.

Meanwhile, another commenter said they were “thankful” to have dual citizenship, allowing them to remain in Italy.

During the presidential race, Renzi had expressed support for Democrat Hillary Clinton and said he was convinced she would win, while Italy's far-right Northern League party leaned more towards Trump, with its leader Matteo Salvini hailing the billionaire real estate mogul as heroic.

It wasn't only politicians who waded into the debate.

Pope Francis triggered controversy when he declared that Trump was “not a Christian” because of his plans to build a wall to keep out illegal immigrants, a remark Trump labelled “disgraceful”.

In the Italian population as a whole, a poll by think-tank Demos showed that 77 percent were supporting Clinton, 11 percent were rooting for a Trump win, and the remainder were unsure.

This poll showed a marked difference between different demographics; Italian millennials were far more likely than average to support Clinton while Trump's support soared among the unemployed.

When The Local spoke to American expats in Italy earlier in the election cycle, it was clear that there was no one 'typical' view, with several of the people we spoke to expressing dissatisfaction towards the choice of candidates.

One Trump supporter at the time told us she felt the Republican was “the lesser of two evils” and that she was voting based on “honesty and character”.