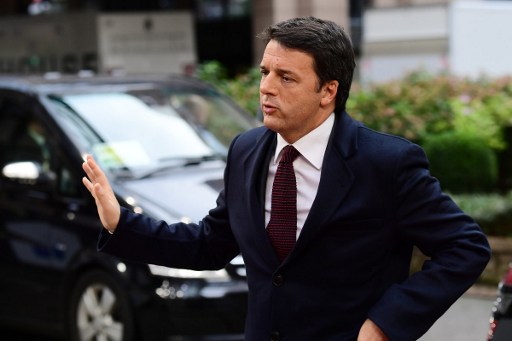 Italy's political instability is notorious. The country has seen 63 governments since 1945 and politicians from all parties have called for reform to the system for many years.

But now that reforms, deemed the most significant in Italy since World War II, are actually on the table, everything's got rather confusing. Left- and right-wing parties have joined forces to oppose Prime Minister Matteo Renzi; there are splits within his own Democratic Party; and global media are comparing the referendum with Brexit and Donald Trump's election, with some raising fears of a negative economic impact and even a possible “Italexit”.

So how did we get here?

The Local takes a look at the causes, developments and likely consequences of the December 4th referendum, with guidance from some of Italy's most respected politics professors.

First thing's first. Why is Italy holding a referendum?

The aim is to make Italy's government more stable and efficient through a set of significant changes to Italy's constitution.

The changes would see the country move from a perfect 'bicameral' system (where its Chamber of Deputies and Senate are totally equal) to a new system with reduced powers for the Senate, and a redefinition of powers between local and central institutions.

This would mean that the Senate would be less involved in law-making (currently laws have to be passed by both chambers, which leads to a lot of to-ing and fro-ing), and that the government would have slightly more control over the regions.

The number of senators would be slashed from 315 to 100, and rather than being elected, they would be picked by the government from regional councils.

As for why this complicated question is being decided by the public, Renzi didn't have a choice in that.

Although the changes were passed by the Italian parliament earlier this year, the majority was too small for them to go ahead without a public vote.

READ ALSO: Italy's referendum 'is a choice between nostalgia and the future'

So what are the arguments for and against?

Renzi argues that governments would be more stable under the proposed reforms, with leaders practically guaranteed to serve a full term once elected and less money spent on politicians' salaries and bureaucracy.

But critics argue that the reforms are inconsistent and would leave the PM with too much power, the very situation the bicameral system was put in place to prevent.

More significantly however, the fact that the real-world impact of the changes is hard to explain means that the referendum has instead become a vote on the status quo – and on Renzi himself.

The country's opposition parties on the left and right, as well as some from Renzi's own Democratic Party, are encouraging supporters to vote 'No' to make a statement against Renzi. This group includes Silvio Berlusconi's Forza Italia party, which had initially supported the reforms, but made a U-turn earlier this year.

READ ALSO: Why Italy might be the next big threat to the EU's future

Renzi overestimated public support for himself and the reforms – and handed opponents a golden opportunity by conflating the two.

He said early on that he would resign in the event of a 'No' win, a pledge he made to drive home how ‘ungovernable’ Italy is under the current constitution, and from which he has now back-tracked. His opponents took it as a challenge.

“Renzi has already lost a battle; the phase of 'growing popularity' has ended for him,” said Professor Luca Verzichelli, a political scientist from the University of Siena. Approval ratings for both Renzi and his party have declined, due to slow economic growth, high unemployment and a banking crisis.

“Now he will have to make bargains, whatever the result,” said Verzichelli. “And he will have to produce other, more substantial reforms (absolute priorities are labour, economy, infrastructure and immigration) to prove the capability of his government.”

Renzi also seemed to overestimate the general support for the constitutional changes, and has criticized Berlusconi's Forza Italia party and Beppe Grillo's Five Star Movement for “taking him for a ride” by opposing reforms after demanding them for years.

But while the campaign has been a challenge for the prime minister, Verzichelli points out that it could yet pay off.

“Many of these mistakes – including his assertive style and tendency to snub other political leaders – are typical features of a 'loner', who counts only on his own resources” he explained. “A victory for 'Yes', even if it's close, could give him new opportunities for revival.”

So what is the most likely outcome?

It's too close to call. Most opinion polls currently show a lead for the ‘No’ camp, which is at around 40 percent, with 37 percent in favour of 'Yes' and the remainder undecided.

Renzi said on Monday that he believed the “silent majority” backed him, but he has grown noticeably less confident in recent weeks.

“It remains to be seen the extent to which in the secret of the ballot booth Italians will be ready to start a government crisis, with the possibility of an early election,” noted Franco Pavoncello, a political science professor and president of Rome's John Cabot University.

With just under three weeks to go, is there anything to watch out for which could swing the vote?

“In my opinion, the only major development to affect the outcome would be a change of heart by Forza Italia, which at this time is not very likely,” said Pavoncello.

Another question is how many people will show up to make their voices heard.

Pavoncello says he expects a “strong participation” in the polls, as most Italians know that the vote is an “important milestone”.

However, Verzichelli had a different perspective. “My guess is that many voters will realize that they cannot really assess the overall positive or negative effect of the reform, and will abstain.”

What happens if ‘No’ wins?

If the 'No' camp wins, it will be a huge blow for Renzi and his government.

He'd be faced with the decision of whether to honour his earlier pledge to step down, and either way, his party would be dramatically weakened. When UK Prime Minister David Cameron resigned following the referendum (something he'd earlier said he wouldn't do), it unleashed major political instability and economic uncertainty, and we could expect the same in Italy.

The group most likely to benefit is the anti-establishment Five Star Movement, founded by comedian Beppe Grillo, who eschews traditional media and is especially popular among younger voters. The Movement is currently Italy's main opposition party, having achieved milestone victories in local elections earlier this year.

Pavoncello explained: “The possibility of a government crisis and early elections with a victory by the Five Star Movement cannot be ruled out. The new Mayor of Rome [Virginia Raggi] has not generated a lot of enthusiasm for the Five Star Movement, but the opposition to Renzi by large sectors of the population might turn out to be substantial.”

Few of its members have long-standing experience of politics, a factor which is both one of the main reasons for their popularity and a cause for concern should they find themselves running the country.

However, Verzichelli said that a success for 'No' would lead to “uncertainty, but not necessarily an immediate breakdown of the government”. There are alternative, more likely scenarios than an early election: namely, if Renzi resigns, President Sergio Mattarella may reject the resignation and give him a mandate to form a new government, or otherwise accept the resignation and give the mandate to another politician.

READ ALSO: Why discontented Italians could derail their economy

Is Italy’s future in the EU at stake?

Not exactly. The reason that some commentators have likened the EU to Brexit is the possibility of the eurosceptic Five Star Movement coming into power. The party has long pledged to hold a referendum on the euro if it gets into power – however, as outlined above, even if 'No' wins, elections aren't a certainty. And the Movement has stopped short of calling for an EU referendum.

“Recently, Grillo and the rest of the Movement have been quite prudent on this front, and have stopped advocating for an immediate exit of Italy from the EU,” said Pavoncello.

Furthermore, there's nothing to suggest that if such a referendum were held, the majority of Italians would vote in favour of an 'Italexit'.

Pavoncello said that the Brexit vote actually strengthened Italy's relationship with the EU; after the UK referendum, Grillo wrote a blog post about the need to reform the Union “from within”, adding that the Movement “believed in” the EU.

And how does all this tie in with the US elections and Brexit?

Renzi's opponents and global media have been quick to draw links between Brexit, Donald Trump's victory in the US elections, and the referendum – but the only real connection is the notion of 'anti-establishment' votes.

Grillo called Trump's election an “eff-off” to the established media and pollsters, while far-right Northern League Matteo Salvini tweeted his glee at Trump's win, with the slogan 'Ora tocca a noi' (Now it's our turn) linking the two very different votes.

While the US elections and Brexit vote show a growing tendency to vote against the status quo, in Italy, neither side is 'extreme'.

To many Italians, Renzi represents the established political elite and for that reason he risks 'protest votes' against him, but he seems to be reacting to this political climate by painting himself as a radical reformer.