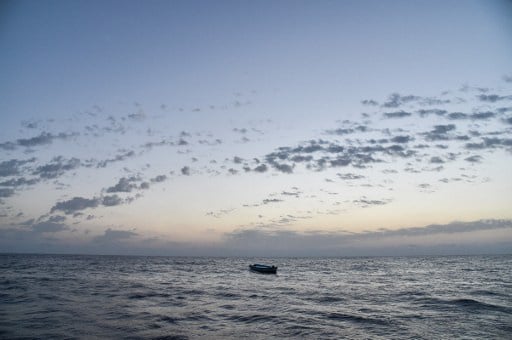 The coastguard, which coordinates search and rescue operations in the waters between Libya and Italy's southern coast, said a total of 550 people had been saved during five separate operations on Monday.

The rescues all involved efforts to get people off overcrowded rubber dinghies in waters off Libya. Five corpses were recovered, the coastguard said.

This year is already the deadliest on record for migrants trying to cross the Mediterranean with uncertainty about the situation in Libya fuelling a higher volume of departures in difficult weather conditions.