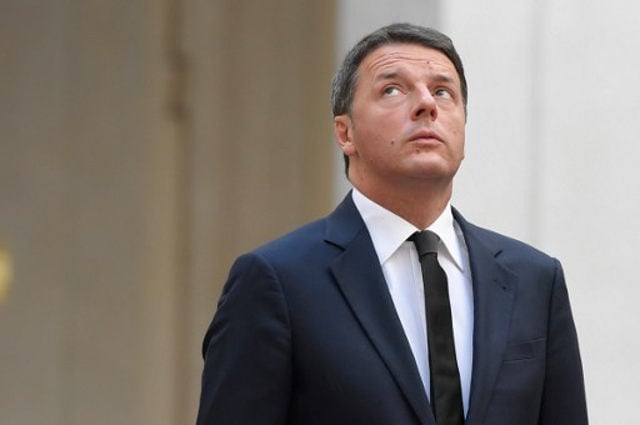 Hours after suffering a crushing defeat in a referendum on constitutional reform, the centre-left prime minister announced his resignation in the early hours of Monday.

Italy's youngest ever premier, he was just 39 when he took office in February 2014 via an internal coup in his Democratic Party.

“Enrico stai sereno (Enrico be calm),” he reassured then-premier Enrico Letta in a now infamous tweet, just before using his control of the party machine to oust him.

In the space of only three months, Renzi had gone from the relative obscurity of the mayor's office in Florence to running the country. The manner of his rise earned him a reputation as a ruthless schemer. But it did not prevent him securing impressive approval ratings.

With memories of Silvio Berlusconi's years in power still fresh, Italians seemed to buy into the energetic newcomer's promises of rapid reform in all walks of life.

His optimistic agenda of change echoed the tone of Barack Obama's “Yes We Can” campaign to win the US presidency and Renzi styled himself as an outsider bent on shaking up Italy's political establishment and the country.

He lived up to that label in some ways: leaving his schoolteacher wife Agnese and three children at the family home in Tuscany while he worked late into the night in his Rome office, eschewing the nocturnal charms of the Eternal City.

But he was soon to find himself fending off claims that he was just another insider politician, taking the blame for long-standing problems he could never fix quickly enough.

When he came to power, Renzi's relative youth and penchant for open-necked shirts and jeans was seen as part of his appeal.

As a former Catholic boy scout, he was never exactly cool – but he did know his way around social media. Yet in the referendum debate, Italy's young voters abandoned him in higher numbers than any other section of the electorate.

After 1,000 days in office, Renzi was able to boast last month that he had steered the economy out of recession, got Italians spending again and improved the country's battered public finances.

He also enjoyed significant political victories: a controversial Jobs Act was passed and a new electoral law was adopted, albeit one that is now in the process of being revised.

All were seen as evidence of a deft political touch and Renzi's progress was noted outside Italy. “Matteo has the right approach and it is beginning to show results,” Obama said before treating the Renzis to the last official White House dinner of his administration.

But his bullish, blustering style came to be seen as tainted by arrogance, including by some slighted grandees of his own party.

Former Prime Minister Massimo d'Alema was a leading figure in the referendum No campaign and made no secret of his disdain for his successor, describing him as a Twitter-obsessed “oaf” in an interview with the New York Times.

The decline in Renzi's popularity can be overstated however. The same polls that were last month pointing to him losing the referendum also suggested the Democratic Party, under his leadership, would top an election the following day, suggesting a residual popularity that may form the foundation of a comeback in the not-too-distant future.

Critics say his record in charge of the country was patchy, noting a tendency to avoid difficult fights.

While the Jobs Act was welcomed in the private sector, public sector pay and privileges have been left largely untouched while promised reforms of the education and judicial systems did not get off the back burner.

A practising Catholic, Renzi also largely stayed out of the battle as legislation on same-sex civil unions was watered down, denying gay couples equal adoption rights.

He was only 29 when he became the leader of the province of Florence in 2004, establishing a power base that enabled him to go on to become mayor in 2009 and prime minister five years later.

But for a brief spell in his early 20s working for the family advertising business, politics is all he has done: for that reason alone Italy might not have seen the last of him.