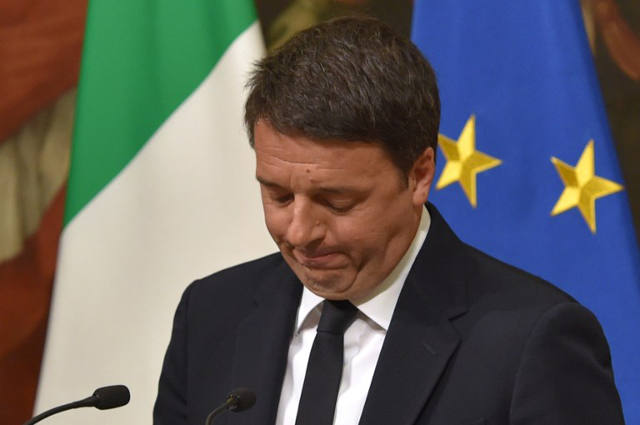 Here are some of his options.

Renzi – after a final meeting of his cabinet – will on Monday visit Mattarella, who could ask him to form a new government.

Theoretically he could win a vote of confidence in Parliament, either with his current majority or with a new one including Silvio Berlusconi's centre-right Forza Italia.

But during a press conference early Monday, Renzi seemed to exclude this possibility. “My experience of government finishes here,” he said.

The crushing victory for the NO camp, which is thought to have scored almost 60 percent of the vote, makes the return of Renzi a very distant possibility.

This is the most likely scenario. Mattarella appoints a head of government with the support of the current majority or a new enlarged majority.

A number of names are already circulating including Finance Minister Pier Carlo Padoan and Senate leader Pietro Grasso. The caretaker government would be tasked with passing the 2017 budget in Parliament and modifying a new electoral law before elections take place.

He or she could also decide to continue until the end of the current parliamentary term in February 2018, a move that would likely prove unpopular with political groups such as Five Star, who are calling for elections as soon as possible.

The populist Five Star movement, whose founder and leader Beppe Grillo has called for an election “within a week”, believes the electoral law could be modified in the senate if necessary to align it more closely with that of the Chamber of Deputies.

But most other political parties, who have a majority in Parliament, disagree, precisely to avoid a victory of the populist party. They are instead advocating reform of the electoral law.

In the end it will be for Mattarella to decide Italy's immediate future and to ensure there is a majority in favour of forming a technocratic government if he wants to avoid, as many analysts believe, early elections next year.