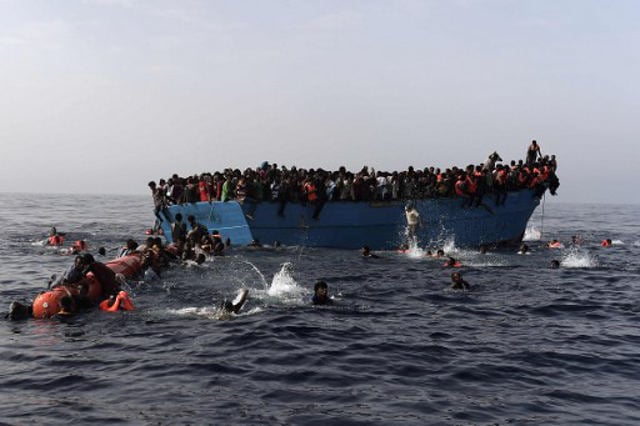 The women were found unconscious in a large dinghy in the Mediterranean that was partly deflated and taking on water.

“Devastatingly…, two women died of hypothermia despite huge efforts from the #Aquarius team. We are heartbroken, again,” said MSF on Twitter, referring to the Aquarius rescue boat chartered by themselves and another charity, SOS Mediterranee.

Five large inflatable dinghies and five smaller boats were rescued during the operation which took place over a 24-hour period from Saturday to Sunday.

Among those rescued were several families with young children from Aleppo, Syria's war-torn second city. The rescued migrants were en route to Italy on Sunday.

The increasing risks of attempting the perilous journey across the Mediterranean from Africa to Europe during poor winter weather has in the past provoked a reduction in the number of boats setting sail at this time of year.

But while the number of rescue boats patrolling the seas reduces during winter, the number of boats making the crossing has abated little.

According to the United Nations, at least 4,700 people have died or disappeared this year while trying to cross the Mediterranean in boats that are often overcrowded and barely seaworthy.